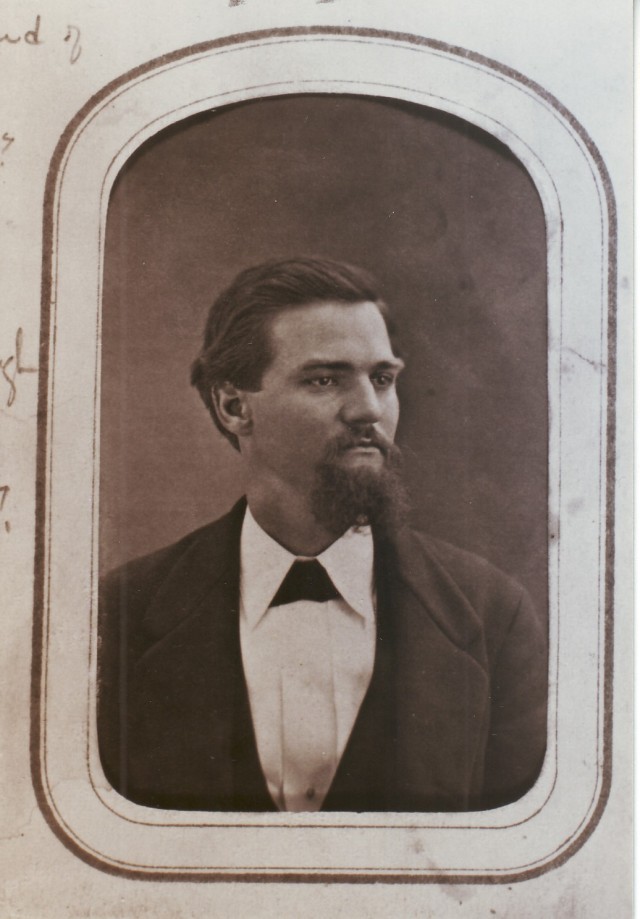 Newt Nash was a rifleman in the 13th Mississippi whose letters home to his wife Mollie go a long way to illuminating the Civil War from the Confederate viewpoint.

Copies of the letters, transcribed by Newt’s descendants, were given to me by Weldon Nash of Dallas, an old Aggie who faithfully reads from some of them every year on July 2, the Battle of Gettysburg’s famous second day. It was the day Newt was killed in the regiment’s charge on the Union lines. Weldon also sent me this copy of Newt’s photograph, apparently taken in the late 1850s.

I’m sure Weldon will be pleased to see Newt here which I hope will stimulate interest in his eloquent letters, most of them quoted verbatim in my history of the regiment—-cheap at 99 cents in digital format.