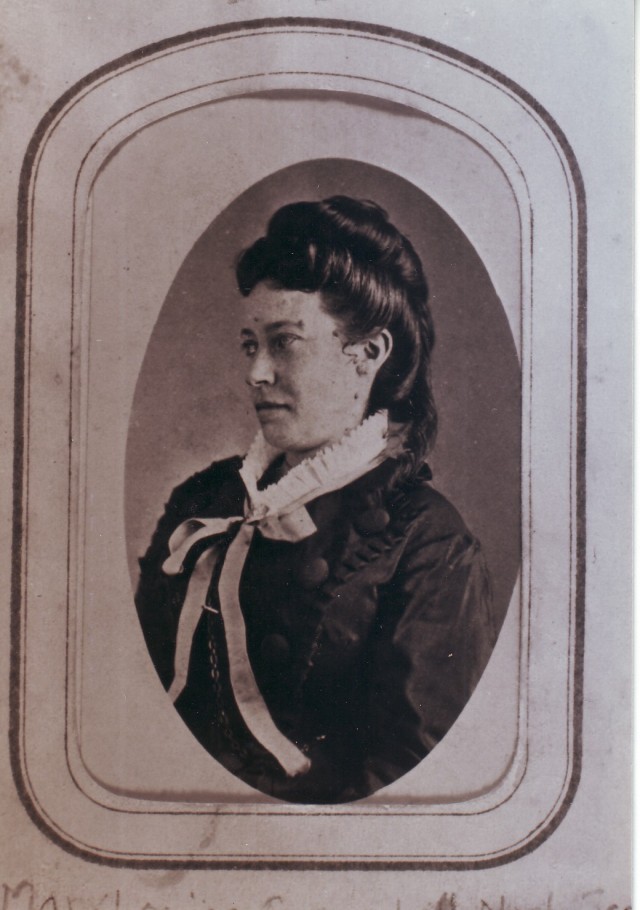 Minutemen of Attala Private Nimrod Newton Nash’s wife Mollie L. Campbell whom he married in 1855. She was the principal recipient of most of his good letters which lend so much verisimilitude to The Bloody Thirteenth and an understanding of the Civil War from the Confederate side.

Mollie L. Campbell Nash was the daughter of a Methodist minister and the sister of one of the Minutemen’s last commanders, Charles H.B. Campbell. He went on permanent wounded furlough in November 1863 when he lost an eye at the Battle of Fort Sanders in Knoxville, TN. Newt had been killed at Gettysburg back in July.

This photograph, apparently taken in the late 1850s, was provided by Newt’s descendant Weldon Nash of Dallas, TX.