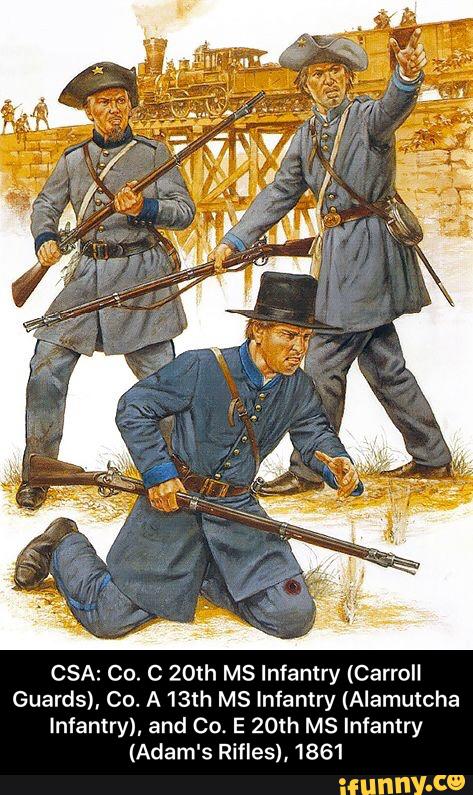 The provenance here is missing, and the Alamutchas of Lauderdale County were only Company A until the 1862 reorganization (when they became Company E until the war ended) but I like the tricorn hat with the star. Unless the wounded fellow kneeling on the ground is meant to be of the 13th.

Have no idea whether either uniform is accurate, but since the Confederates often identified themselves with the soldiers and civilians of the American Revolution, the tricorn is creditable. Likewise the short, black stovepipe hat, as a contemporary preference. And the blue uniform, signifying that they didn’t all wear gray, which was a post-war notion. According to Jess McLean, this company originally came from Alamutcha in Lauderdale County but was finally named the Alamutchie Infantry.